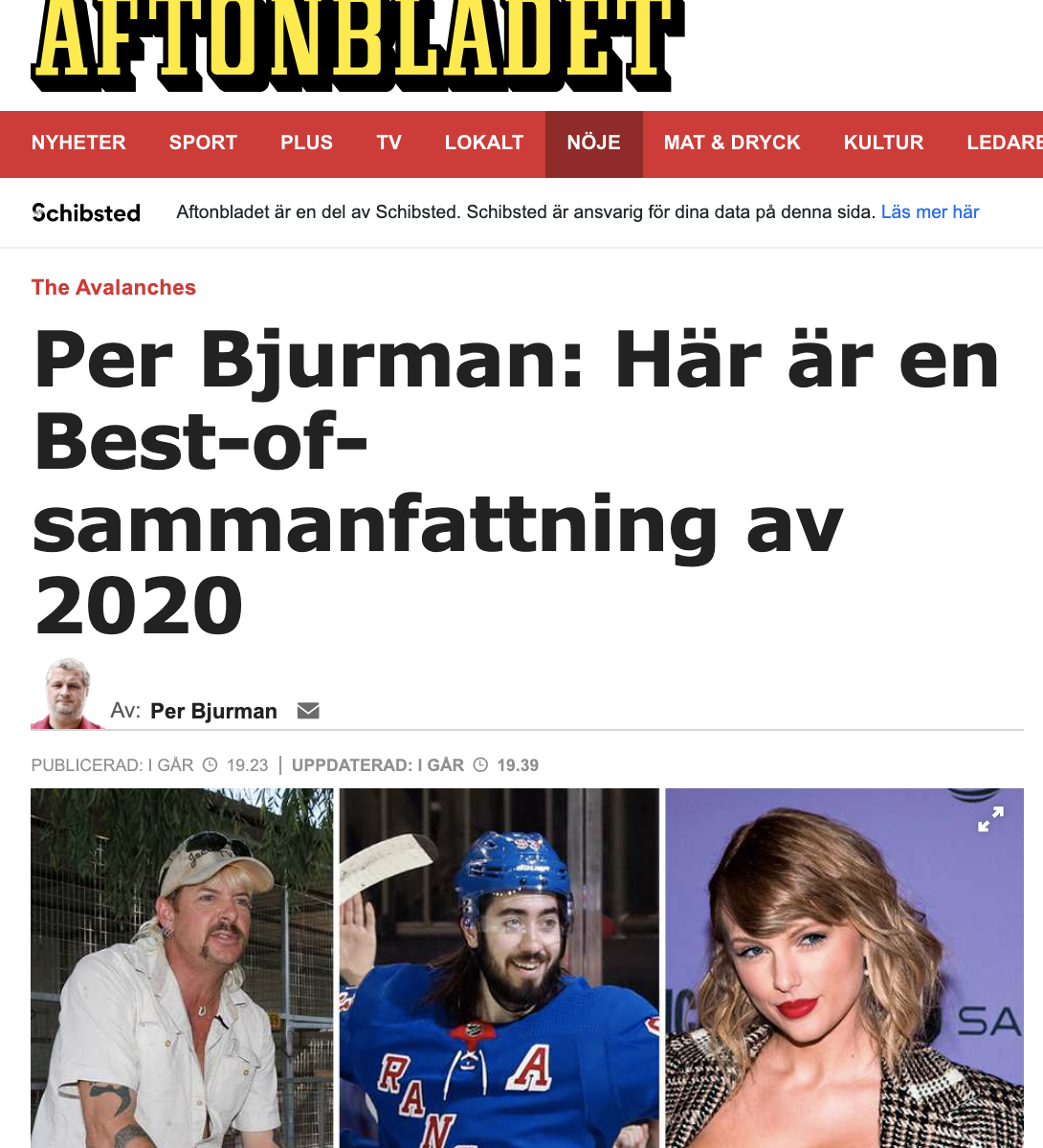 U.S correspondent, music and sports writer Per Bjurman of Swedish Newspaper Aftonbladet has released his best of the year list. The list that covers everything from Albums to TV-shows lists artists such as Taylor Swift and Lori McKenna. Under the category “other” Bjurman is listing my online Quarantine Concerts, as the only online concert series of the list.

Since March I have been streaming live as over 100 booked concerts have been canceled this year. I have streamed for Ines Festival, venues, and the Swedish Embassy in the U.S, and my latest Christmas Concert was co-hosted by over 20 venues and house concert hosts in the U.S and Europe. A big shout-out to all of you who have been tuning in and donating this year. Check out the latest stream here: