Today I’m releasing my new single “Too Many Churches”. The song came to me as I learned about the Supreme Court in the USA overturning Roe v Wade. For those of you who are not American and don’t know what this means – it basically means many women in the U.S lost their right to a safe legal abortion. I am of the opinion that if you have a voice you should use it. I am using mine now.

Although I myself is not a believer in a higher being, I respect all peoples religious beliefs, as long as they are not forcing them on to someone else. This song highlights what happens when you do. This is not about beliefs, it’s about using political power to suppress women’s rights.

I’m very grateful for the instant stream of appreciation I have received for this song already. The track was premiered in Acoustic Review today

And has been well received by radio DJs in the USA:

Check out the lyric video here:

And go to http://music.sofiatalvik.com to stream and download this track. As of now I have decided to keep it off the major streaming platforms so you can only get it on my own page.

Thank you for listening. 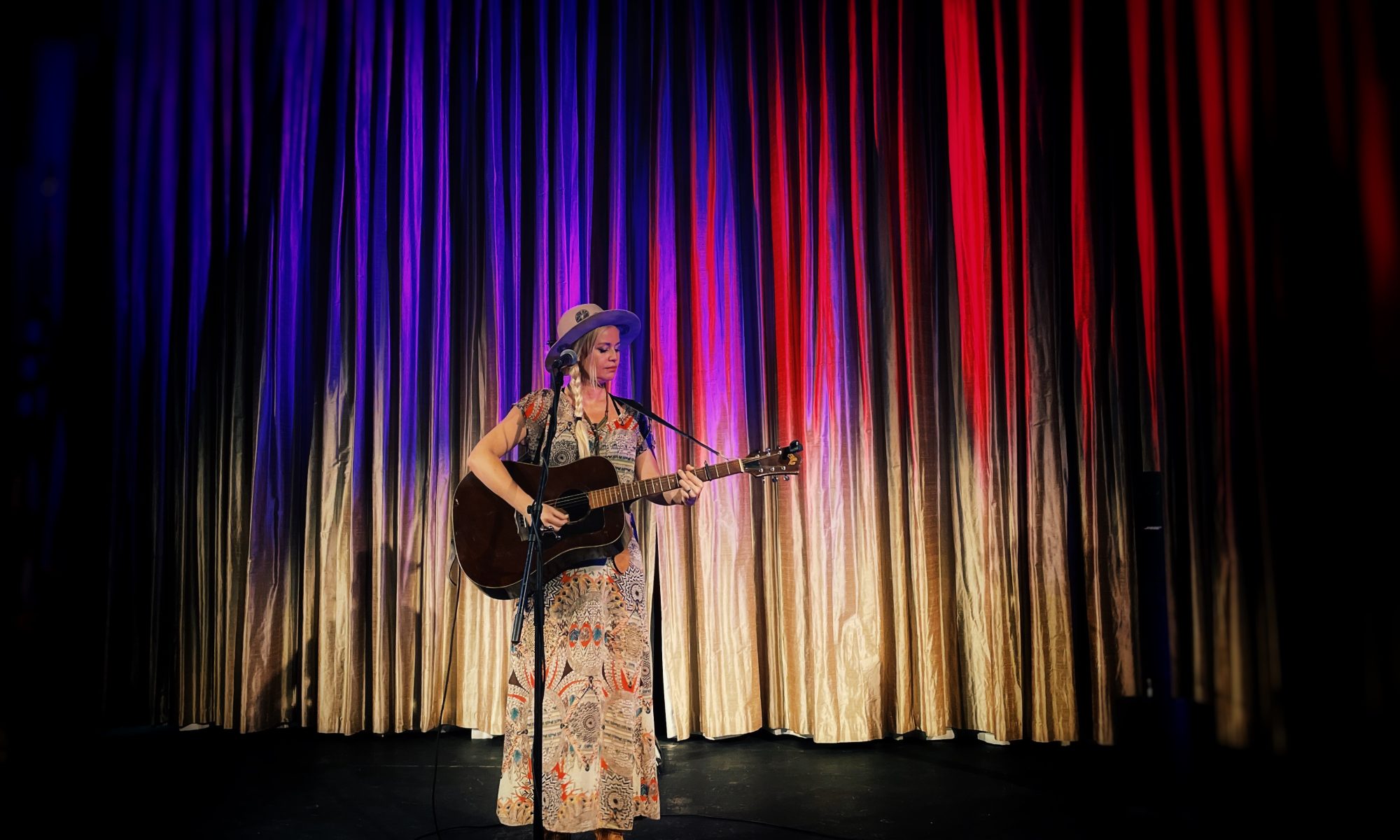 It’s almost time for my Fall upwards Tour. Fall because it’s in the Fall and upwards because I’m going north. But the world does seem a bit upside down so that fits as well.

I have a bunch of dates booked all the way from Alabama up to northern Michigan, over to the east coast and down to Maryland.

As I noticed on my US tour this spring, things aren’t quite back to normal. Venues are still half full and many have closed down completely. Another thing is that the gas prices aren’t getting any better, and we only get 12mpg with Lil’Chief – so budget is tight! To make things worse plane tickets are about $1000 per person for the return trip.

I’m not going to lie to you, this all stresses me out. Touring is what pays my bills, or is supposed to anyway, so being a couple of thousand dollars in the red before I even start the tour is scary. So to lessen the load a little bit, I decided to have sort of a fundraising sale in my music store http://music.sofiatalvik.com

From July 1-24th I will have a site wide discount of 20% (which is the total amount of states I will be playing in on this trip). So if you want to support my tour, head over to https://music.sofiatalvik.com and pick up some digital or physical albums. Use the discount code: Fall at checkout to get your discount, and remember many of the releases are pay what you want, so you can set your own price.

For all physical purchases I will also include a little gift.

All physical albums will be sent before the 24th of July. Digital albums are instant.

Another thing that really helps in times like these are to go to concerts. Buying tickets in advance, or reserving a seat is key to make the tour successful. I have artist friends who had the venue cancel their show due to low advance ticket sales, so if you are planning to go, don’t wait, get your ticket today. Consider inviting your friends, or why not buy them a ticket as a gift. It’s a win for all of us, the more the merrier.

Here are all the upcoming tour dates, I hope to see you on the road. 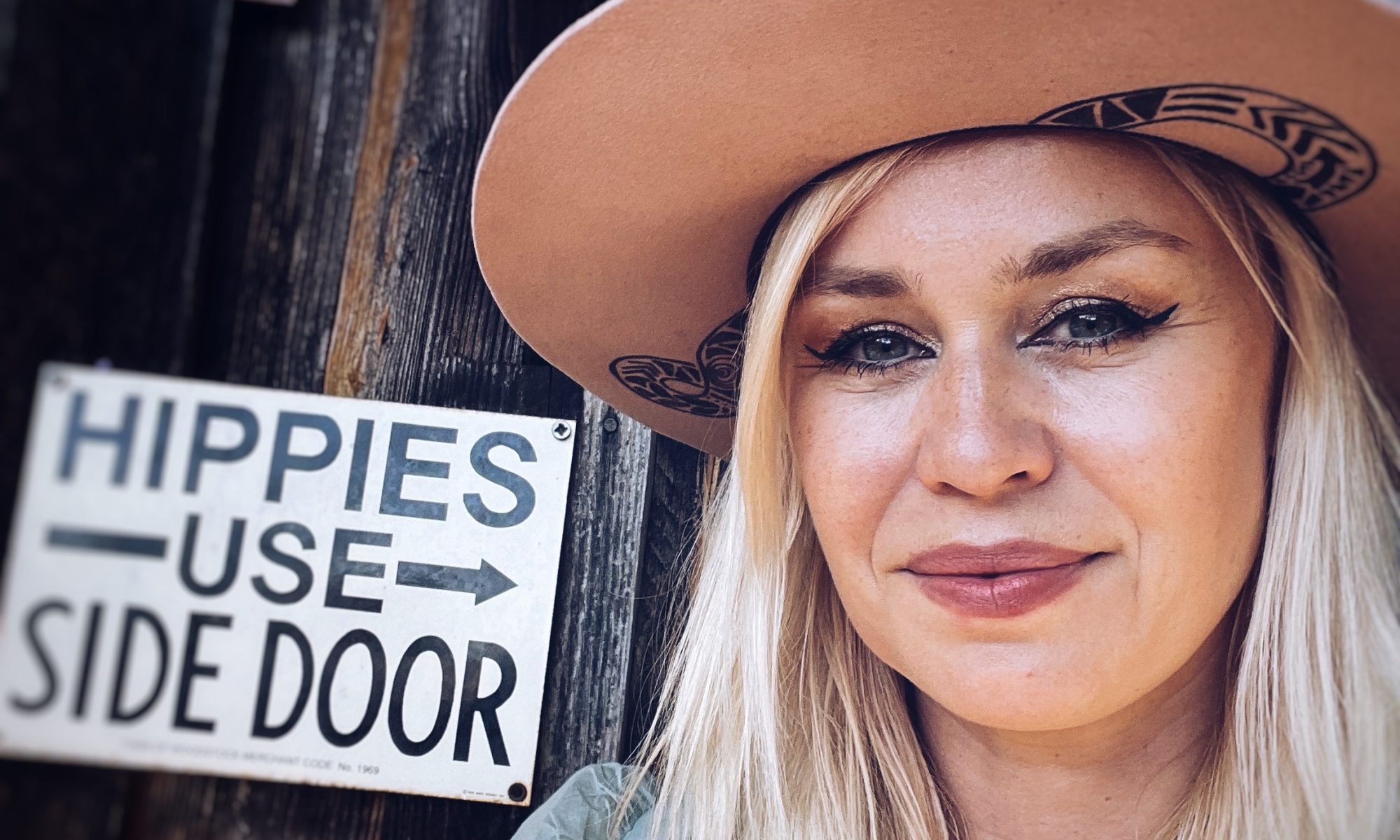 It has been strange and amazing to be back on the road after 2 years of pandemic. Things have definitely been different than previous tours. You can feel the pandemic is still lurking in the shadows. Show attendance is noticeably smaller, and everything has been more expensive. After we got Lil’Chief up and running again, (thanks to you guys chipping in) after fixing water leaks, burnt out alternators and an AC unit that had drawn its last breath, we paid over $2500 in gas on this tour, with gas prices nearly double from previous tours pre-pandemic.

The thing that trumped all that though, was the appreciation and happiness we received at every show, from audience and promotors alike. We could really tell that people have been longing for live music after these past two years. It felt great to be back on the stage, and to get to see all of you. The online shows were a must during the days of no live shows, but nothing beats seeing you guys and hearing you laugh and clap.

Here’s a little acoustic live video I did in the artist lounge at Stringbreak Music Festival.

Now I’m scrambling to get my USA Fall tour together. I had a full schedule in 2020 and many of the shows has been successfully rescheduled, but about 30% or so have bit the dust, so the schedule still has a lot of TBAs that I hope to fill (if you want to host a house concert give me a holler). And don’t worry Europe, I will be back in Germany for my Christmas tour in December.

I’ve made a little collection of some of the pictures from the tour, that I think sums it up. So thank you so much to everyone who came out, hosted a house concert, invited me to play at your venue and bought a CD or a hat. And thank you so much to David Allgood for playing bass with me on 10 of my shows, I wish I could bring you to all of them.

See you in the Fall! Check out all the upcoming dates here: https://sofiatalvik.com/gigs 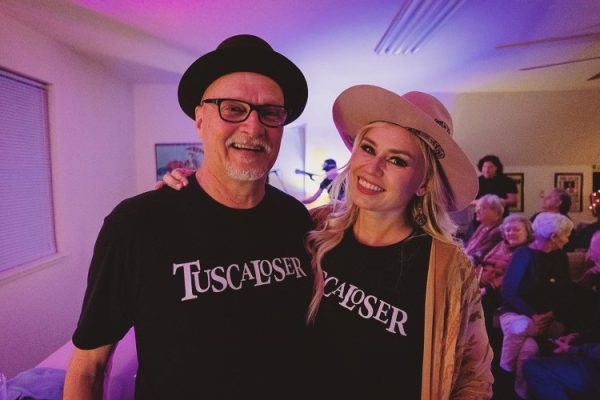 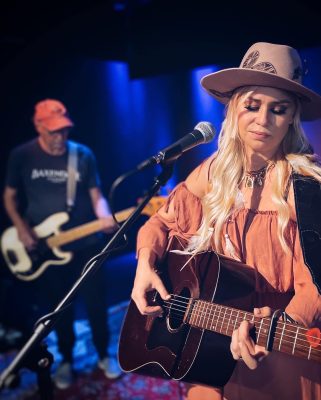 Winnsboro Center for the Arts 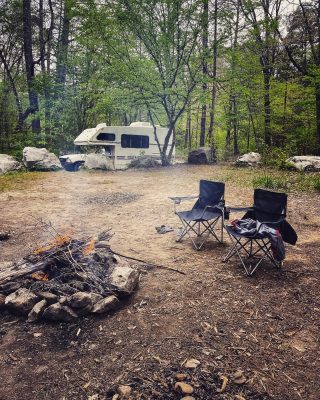 Goorin Brothers Hat Shop at SxSWProcessed with VSCO with a5 preset 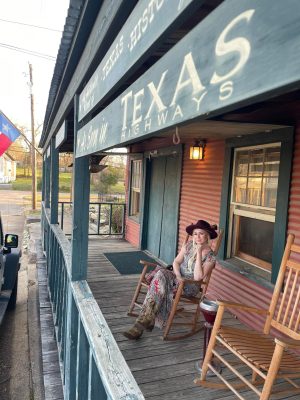 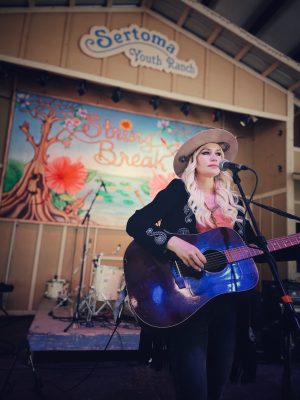 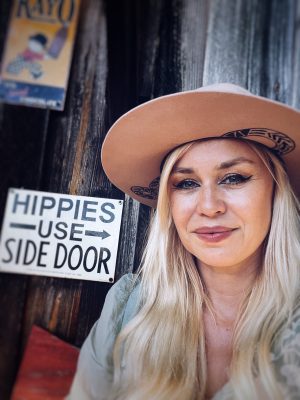 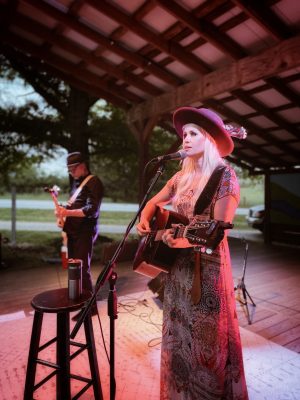 Sautee Nacoochee Cultural Center Processed with VSCO with a4 preset 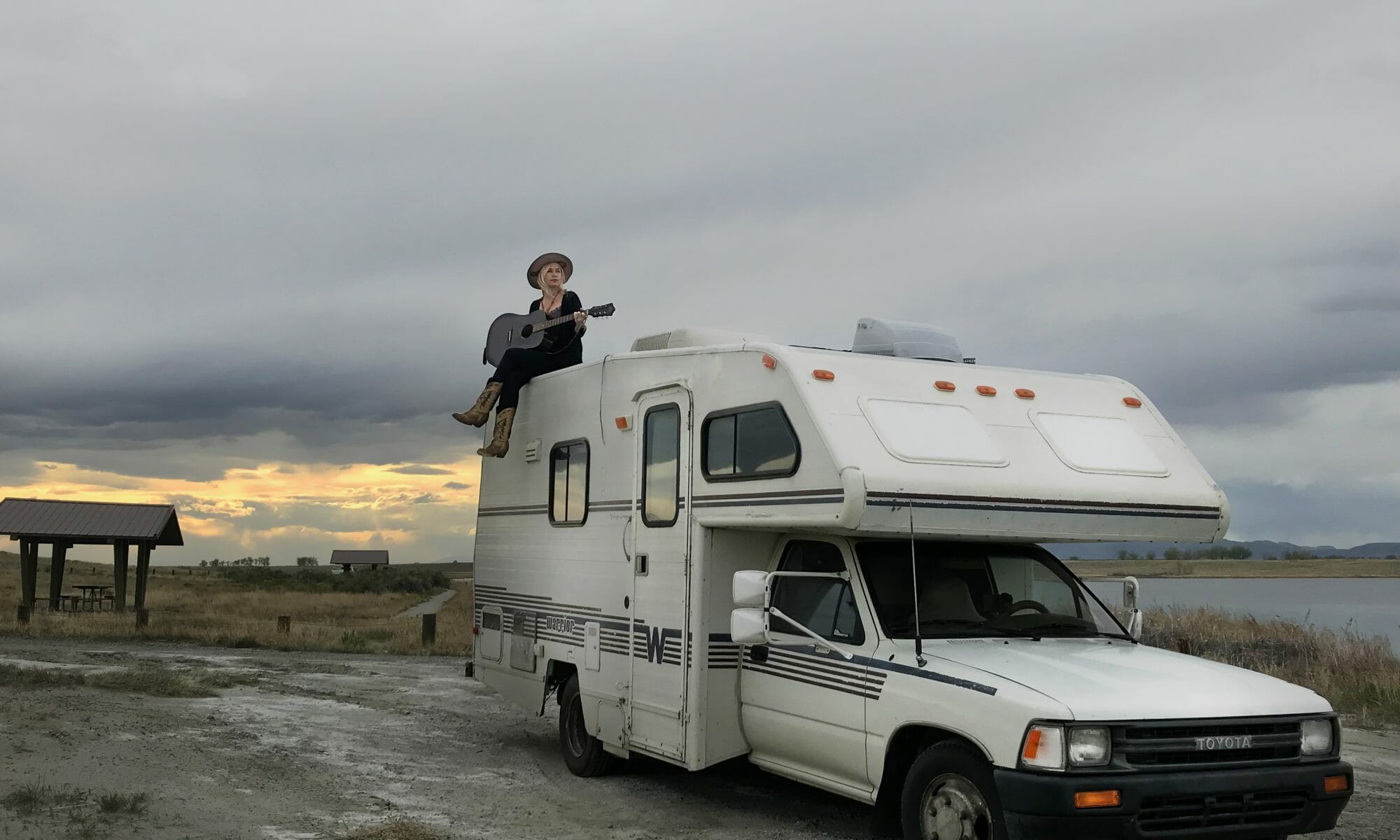 Can you believe it’s been two years since covid disrupted the world, including my then US tour? I parked my tour RV Lil’Chief and jumped on a plane back to Europe to wait out a few months of pandemic, ready to return for my Fall tour in August 2020 … or so I thought. A few months turned into half a year, which turned into a year, a year and a half, and now we’re here, ready to pick up where we left it. But things are far from what they were before the pandemic. Venues and concert series have folded, leaving me with less than a fully stacked tour. And of course Lil’Chief has been sitting idle for 2 years.

All this adds up to a lot of extra costs, and because of this we have decided to put up a GoFundMe to help lessen the financial burden. Please check out the fundraiser here! And if you can’t help with a dollar or two, please help me share the fundraiser on your social media.

Go here to check out all the upcoming gigs on the U.S. tour: https://sofiatalvik.com/gigs

Thank you so much! Hope to see you on the road! 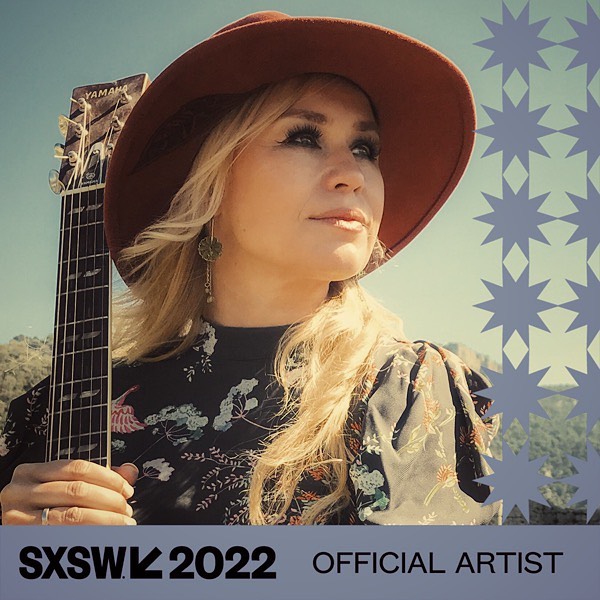 Waaah! Is it happening? I think it is. It sure looks like it is. So we’re picking up the 2020 tour and getting back on the road in the USA between March and May 2022. And yes! SxSW invited me back as an official artist. Keep your fingers that it won’t get canceled again.

I have a bunch of concerts booked in FL, AL, MS, TX, TN, NC, GA and SC! Head over to https://sofiatalvik.com/gigs to see where. I will be adding shows as we go along. If you want me to come to your town to play, or want to host me for a house concert, send me a message and I’ll try to make it happen!

See you on the road!

How is your Tuesday going? It’s rainy here in th

Finally got some Fall colors but unfortunately als

This Sunday! There are just a few tickets left to

What a lovely show at @westhamptonpubliclibrary -

This coming Saturday in New Jersey at Folk Across

Friday in Stockton, NJ I’ll be playing a show at

First we thought we had gotten a parking ticket ta