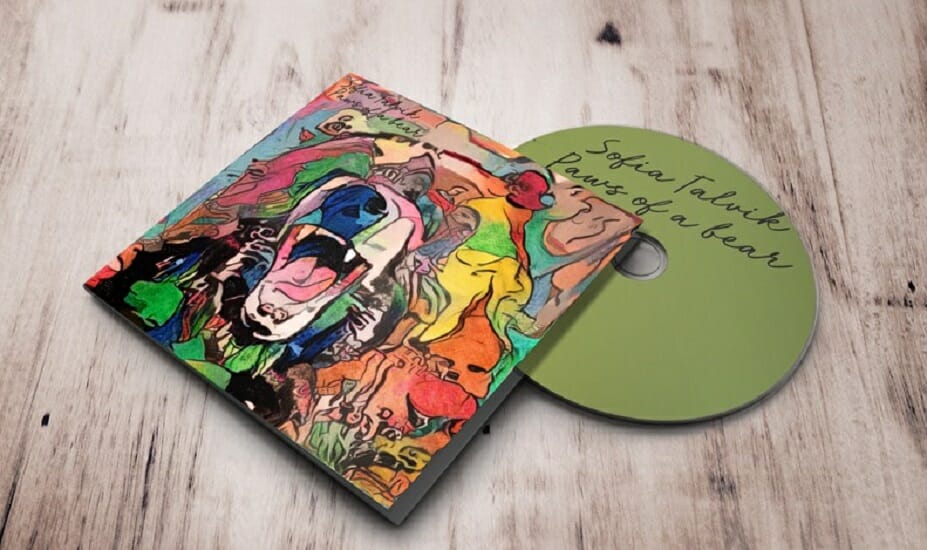 My new album ”Paws of a Bear” will be released at the end of September and I am so excited to share the pre-order with you now. Except for digital album, CD and vinyl I’ve put up a number of fun items that you can get, exclusively now with the pre-order.

Lots of artists run a crowdfunding campaign before they start recording their album, which leaves the backers waiting for months and months before they can get their perks. I decided to do it the other way around and take all the financial risk of the production, hoping that you guys instead would help me recoup some of it now that it is finished. That way you will get your order as soon as the album is released.

One thing that I am excited about is the custom painted hats that I’ve made. If you saw me on my latest U.S tour you might have noticed my pink snake hat. Lots of people came up and talked to me about the hat after the show, so I decided to make a variety of different hats with different patterns for you guys. I also made some of the hat-bands and swag for them. They all come with the new CD of course. But if hats is not your thing, there are plenty of other cool stuff to choose from.

I could tell you how great the new album is but I think I’ll leave it to PopMatters instead:

“A keen songwriter, the indie folk artist crafts beautiful soundscapes of subtle, rootsy timbres that place the pristine storyteller’s voice at their center. In this case of developing savvy arrangements that highlight her haunting vocals, the roots music that Talvik develops is of a similar tapestry to Joni Mitchell, tapping into that same knack for soul-stirring clarity and resonance. Between, however, is something of a different nature. Open-air production sets the scene for an evocative and atmospheric release from the Swedish folk artist, coming in the form of an upcoming album, Paws of a Bear.”