Kjell-Åke Glimberg brought his camera to my latest gig here in Stockholm and shot some of the songs I played. Here’s ‘Jonestown’ live at Lasse i Parken. Enjoy!

So you thought my last music video was retro with its 50’s theme? Well you aint seen nothing yet! This is the new video for my single “Clown” and this time I decided I would do it all by myself. So I did all the make-up and styling and filmed it (yes I used a camera stand). Then I cut it and edited it. But I’m not ready to throw away Jonas’ fabulous producer skills just yet, I did have him help me creating the “burn-out” effect on the last few frames of the vid 😉

This is the first music video I’ve ever made and the second video I’ve made..ever (you’ve probably seen the behind the scenes video to “My James Dean”). I was inspired by old pictures and the creepy sense of the circus that the TV series “Carnivale” captured so well. The entire video was shot in my bedroom (but I won’t do a Pamela just yet), and the fab hat and stick was borrowed from my friend Theresia, they used to belong to her grandpa..

I just got news that one of my songs won an award for Best Score/Soundtrack at the Connecticut Film Festival this weekend!

This is from the Music Supervisor/Associate Producer: 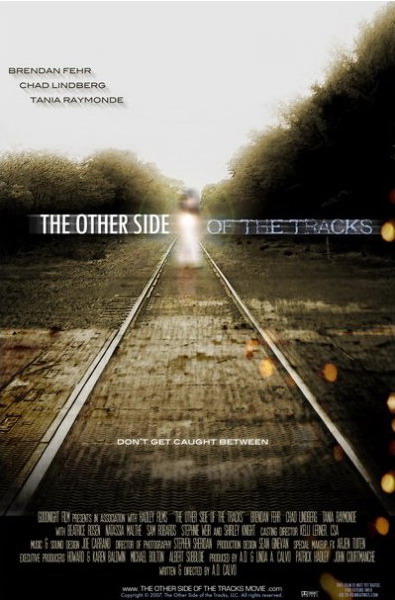 “I want to congratulate all of the bands as well as our composer Joe Carrano for the BEST SCORE/SOUNDTRACK award we won at the Connecticut Film Festival this weekend!

This is your award! We are very proud of Joe and all the great bands that have contributed to the soundtrack of this film.

We are very grateful for this award and are not surprised in getting it due to the incredible talent that you all have contributed. Even before the film was officially premiered, the soundtrack always tested very high.

The next stops for the film will be: The Rhode Island International Film Festival and the Woods Hole Film Festival. Both of these festivals are very well thought of and have premiered some pretty big films in the past (e.g. Rhode Island premiered the hit “Something about Mary”) so keep your figures crossed 🙂

As far as GoodNight Film, we have been very busy in preproduction with two new films that will be co-produced by Baldwin Entertainment Group (producers of the academy award winning film “Ray” ). Both of these films will be directed by A.D.Calvo (director/writer/editor/producer of “The Other Side of the Tracks”). One of these two projects is a new script written by A.D. Both of these projects are amazing (I’m especially excited about the creepy script written by A.D.!). I really wish I could say more about both these projects and will soon…

Again, the producers and myself want to extend a huge THANK YOU for your contributions to the “Award Winning” soundtrack of this film…this is your award and something to be very proud of….THANK YOU!

Ed McPadden
Music Supervisor/Associate Producer
“The Other Side of the Tracks”
www.theothersideofthetracksmovie.com

I recently joined up with the site friaburma.nu where you easily can donate money through a text message (sms) to help the struggle for freedom in Burma.

The result is a video of me performing one of the songs from my upcoming album live in a studio while being filmed. The song is called Arms and Armour (lyrics available on www.myspace.com/sofiatalvik ) and you can now watch the live video on friaburma.nu or directly here below: