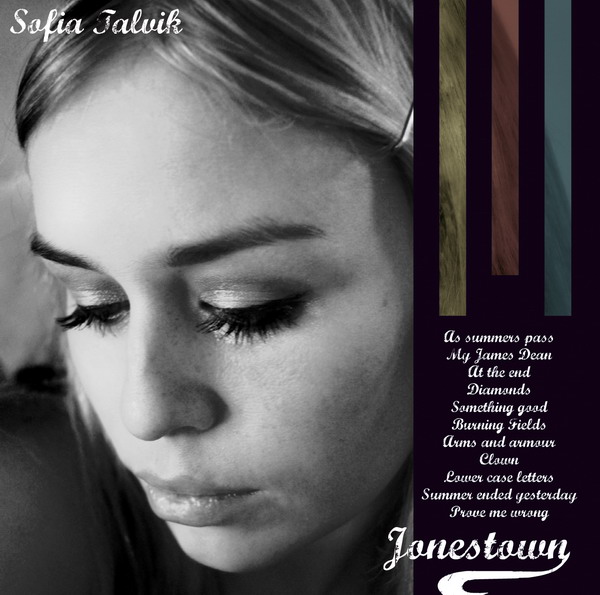 I’m so excited to announce that my album “Jonestown” is being released in the US, Canada and Japan this fall! The release will be followed by a tour in the North-East so keep checking in here for updates about tour dates and other stuff!

Sofia did a splendid job at SXSW, knocked out the audience at no less than 6 showcases and started a collaboration with American label Worldsound.

– It’s a collaboration that suits the way I work, says Sofia, we have a partner deal so I won’t be kicking off my shoes and wait for anyone else to take charge. My goal has always been to carry a strong business and be able to make my own choices. With Worldsound I have finally found a US label that is on the same page as me.

Worldsound describes Sofia as “The best Swedish discovery since Ikea”.

Worldsound will represent Sofia and Makaki Music worldwide, outside of Sweden, starting in March 2009.

I just landed in LA. It’s kind of a bit cooler here than in Texas, I didn’t really count on that but I did bring a sweater so I’ll be fine. I just checked in to the Saharan Motor Hotel, and Warren from Worldsound who is with me reluctantly checked in to the same hotel although he refered to his room as “creepy”. Mine is ok, it’s your average motel room.

Tomorrow I’m meeting with the guys at the Swedish Consulate, and then I’ll be playing at their dinner. I probably won’t have any time to do anything else which is good because then time will fly until I get back to Jonas in Stockholm.

This motel room seems so depressing right now. We had such a good time together here. I tried to spend some time by the pool but it’s really windy today and a lot of clouds. It feels like something has gone horribly wrong, me being here without the guys, like I overslept and missed the plane or something. Fortunately I’ll meet up with Worldsound tonight, and maybe some other friends. Some facebook friends invited me to some bar tonight as well, which is really nice of them, but I dread going back downtown Austin now that the festival is over. It feels like the place is going to be deserted and I want to remember it like it was last night with loads and loads of people on 6th street, bands playing in every bar and an air of opportunies… I’ll probably lurk at the motel and write a song about my self pity…

Yes, weird isn’t it. It’s been really hectic the last few days and I haven’t found any time to blog but I’ll try to make up for it now. Friday we had a morning gig at Sweden goes South by Southwest. It was really nice on an outside patio, but unfortunatley Sweden has sooo many talanted bands that we only got to play four songs each.

As they only served vegan food on the party, we decided to go and have a real Texas BBQ dinner that night. I had the junior portion but still couldn’t finish it. The guys had the regular portion and DID finish it all, just check out the evidence here:

Saturday we played our last gig at the Sheraton Hotel, which was really nice. We also signed with the American record label Worldsound which we’ve hung out with for the last few days. It’s really exciting and I hope it means you all will see more of me in the US in the future. We finished Saturday night a bit diffrently in the band. I sang a duet with Austrian singer/songwriter Florian Horwath on his set, the guys had some Jack Daniels and Joakim lost his wallet on the snack machine on the hotel (he got it back though, 50 bucks poorer).

This morning the guys packed their things and left early to the airport. I’m feeling very lonely, especially since Jonas left too. I know it’s silly but I already miss him terribly. Tomorrow I’m off to LA to play at a dinner party set up by the Swedish Consulate so that’s why I’m still here in Austin. So my dear friends, more updates to come from LA next!

Did you listen to my new Christmas single yet? You