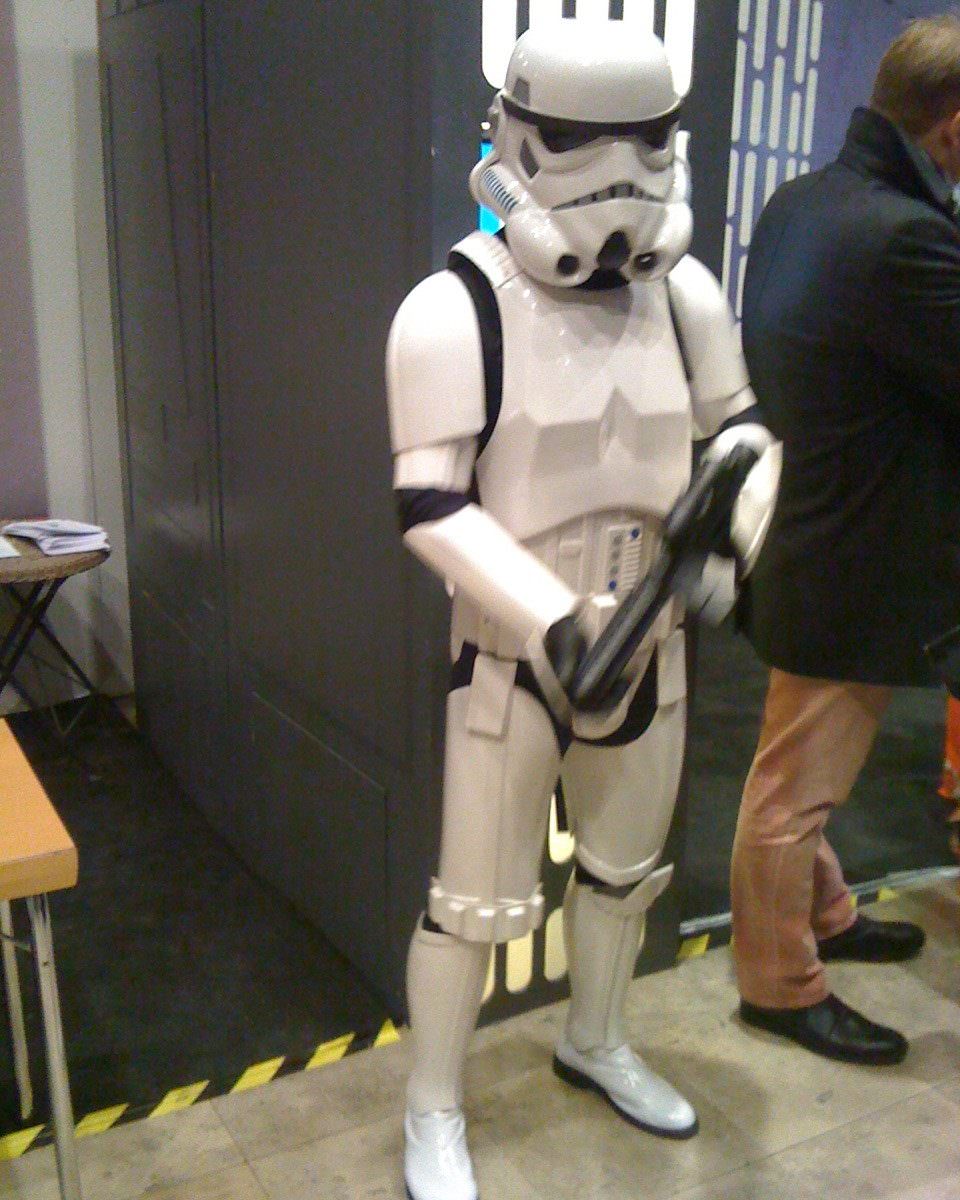 So you already know I’m somewhat of a sci-fi nerd, and even more of a zombie nerd. I’ve also been hooked on vampires since reading the Ann Rice books in my teens, or maybe even before that. When I was a little girl and was so afraid of them I put garlic in my bedroom window to keep them out.

Anyways I saw that someone had posted something about a Sci Fi convention in Stockholm this weekend, so I thought I’d check it out. I’ve never been to one and I figured I’d at least get a good laugh out of the trekkie-nerds (sorry guys, your moms did a great job on the costumes.. eh I mean uniforms).

So I went to their website and saw that they had actors from different sci-fi movies there (but since when is Faulty Towers and Allo’ Allo’ sci-fi??) and who doesn’t want to see Edward Furlong 20 years older? (Actually they did have Joe Flanigan from my favorite Stargate show, Stargate Atlantis, so that was kind of fun.)

At the convention I was surprised over how small it was, and that it all seemed to be about comic books, ugly t-shirts and action dolls. And I wondered if all the storm troopers where hired to walk around there or if they were visitors. And if they were hired, did they travel with the convention or did they hire new ones in each city the came to?

At one end of the convention you could be photographed with your fave sci-fi actors or you could buy their autographed pics for 200 SEK ($30). I was thinking of how I usually sell my albums for $10 at my gigs and wondered how it would go down to sell autographed pics for 3 times the price. It must be so weird for the poor fellas who once starred in this or that sci-fi movie to get these kinds of gigs, going to a cold and snowy Sweden to sit in a convention hall and sell their signed pictures.

But apart from people putting on blue make-up to look like avatars and nerdy guys with too tight Trekkie suits I actually met a friend of my hubby’s. He was part of the team that made a movie called “Psalm 21” (which I haven’t seen yet but look forward to seeing) and now they’re making a zombie movie called “Zone 261” that looks totally awesome!

I think Swedish movies usually are crap but I have high hopes for this one! So keep your eyes open!

I don’t know why, but it seems like all other Swedish artists are veeeery slow on catching on to new things like micro blogging and other web related stuff (probably because they’re signed to major labels that consists of old dull men who are afraid of internet)…Â I mean seems like American artists and actors catch on, for instance I’m following David Hewlett (Stargate Atlantis) and Greg Grunberg (Heroes) on twitter.

I’ve recently started an micro blog in Swedish on http://sofiatalvik.bloggy.se and the site internetredaktörerna has just published an article about my web strategy and how I work with internet for promotion purpose.
Read it all here!