I just got contacted through my Sonic bids EPK by an organization called Bands With A Mission. They took on a personal approach by mentioning one of my songs, but I’ve gotten these kinds of emails before and soon got suspicious of their motive.

After doing some research online I found this blog: http://samsongs.wordpress.com/2009/07/31/band-with-a-mission-not-a-chance/which confirmed all my suspicions.

I think it’s so mean when people try to profit on struggling bands and artists. It’s like this online magazine called Indie Music Reviewer that I sent my album to for a review a while back. I instantly got an automated email saying that I’d be guaranteed a review if I bought this or that advert space. So now every time I see a band being reviewed by them I just wonder if the score they got reflect how much they paid.

I really think companies like that suck and I feel sorry for the artists that get lured into paying money for shit like that. 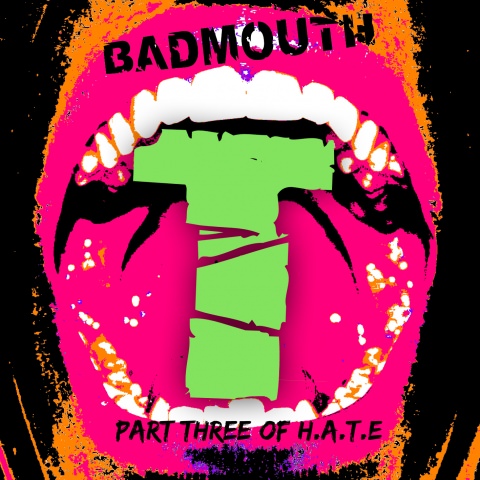 “From what I can tell, the songs are written by Sofia Talvik. So congratulations on a more than great job done there, because these songs are deadly! Do you have a driver’s license? Don’t play this in the car, or you’ll be pressing the pedal to the metal. Are you a teetotaler? Don’t listen to this or you’ll be having a beer  headbanging beyond sense and reason. (…)

I’m cheap with giving full points, but here’s my second and best-motivated tenner ever! The motivation? Well, listen or read the text above again. Or better yet, do both!”

If you want to catch Badmouth and all these awesome songs live – get your ass over to RoQ in Stockholm, Sweden this Friday for their releaseparty. And if you can’t wait – get their EP WHICH IS RELEASED TODAY!!!! here: Sofia’s music store, Itunes, Amazon

I need some loving on the monthly competition on OurStage.com, Please help me out and vote me to the top!

I just got news that one of my songs won an award for Best Score/Soundtrack at the Connecticut Film Festival this weekend!

This is from the Music Supervisor/Associate Producer:

“I want to congratulate all of the bands as well as our composer Joe Carrano for the BEST SCORE/SOUNDTRACK award we won at the Connecticut Film Festival this weekend!

This is your award! We are very proud of Joe and all the great bands that have contributed to the soundtrack of this film.

We are very grateful for this award and are not surprised in getting it due to the incredible talent that you all have contributed. Even before the film was officially premiered, the soundtrack always tested very high.

The next stops for the film will be: The Rhode Island International Film Festival and the Woods Hole Film Festival. Both of these festivals are very well thought of and have premiered some pretty big films in the past (e.g. Rhode Island premiered the hit “Something about Mary”) so keep your figures crossed 🙂

As far as GoodNight Film, we have been very busy in preproduction with two new films that will be co-produced by Baldwin Entertainment Group (producers of the academy award winning film “Ray” ). Both of these films will be directed by A.D.Calvo (director/writer/editor/producer of “The Other Side of the Tracks”). One of these two projects is a new script written by A.D. Both of these projects are amazing (I’m especially excited about the creepy script written by A.D.!). I really wish I could say more about both these projects and will soon…

Again, the producers and myself want to extend a huge THANK YOU for your contributions to the “Award Winning” soundtrack of this film…this is your award and something to be very proud of….THANK YOU!

Ed McPadden
Music Supervisor/Associate Producer
“The Other Side of the Tracks”
www.theothersideofthetracksmovie.com