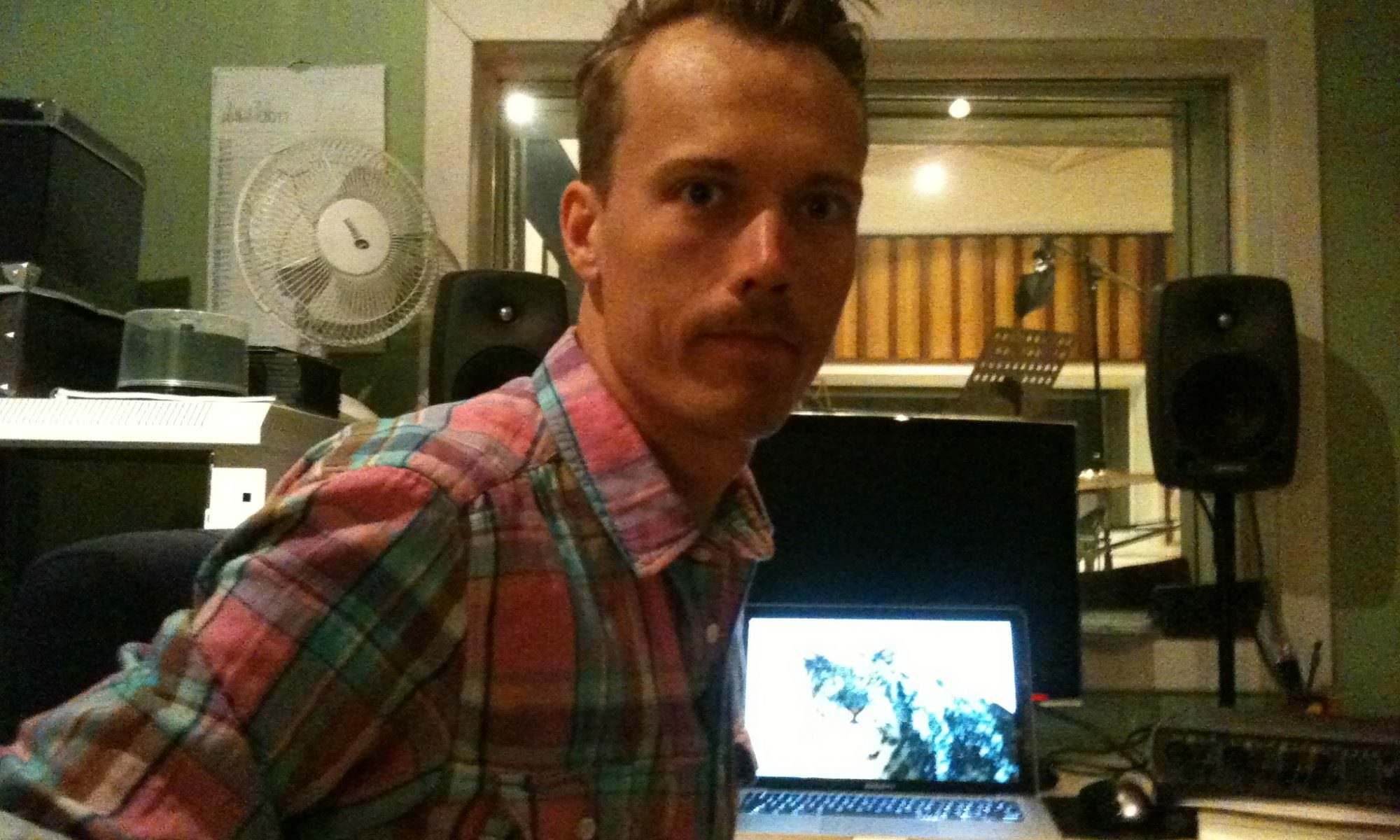 For the third part or the L.O.V.E saga I had my bass player Janne Manninen lay his electric fingers on my songs. It’s now just a few weeks left before it’s released and we need your support to make it through the final stages of production. Thank you so much for pre-ordering the EP HERE! For this update we caught a few words with Janne in the studio!

Hi Janne! You’re the producer of ‘V – part three of L.O.V.E’. Please tell us a bit about the sound of the new EP!
My idea was Sofia Talvik but with an electro touch. More synth bass and more retro drums. But in a new modern style. Not as stripped down as her music usually is and with that extra electro vibe. And I also wanted to introduce the electric guitar that I know Sofia has in her closet …

What’s your main inspiration for the production of this EP?
All the good music I listen to… its a secret! And also a bunch of friends who I’ve met in my life that have inspired me with their musicality and their great ideas!

You’re usually the bass player in Sofia’s backing band. How do you feel that this experience has been different from when you usually play with Sofia?
Finally I get to decide which instrument should be the loudest one in the mix! Otherwise its not much difference, music is always music to me whether you are the bass player or the producer.

What have you been up to this summer?
Mostly hanging out with my son and my girlfriend. My son is almost a year old and he is a great inspiration by just being himself. And I have been touring in Norway with the Swedish singer Melissa Horn and that has been a good tour but also a hard tour due to the terror attack that happened in Oslo in the end of July! The Norwegians are great people, but it’s expensive in Norway.

What’s your favorite memory from touring with Sofia?
The US tour in 2010. Three weeks of tennis in Hawaii,  a lot of time in Rafe Dogs car, riding the mechanical bull in Austin and meeting friendly and funny people. Discussing taxes with Americans is always an adventure 🙂 And the motel in Van Horn – the place to be if you wish to see a guy that looks like the psycho from the movie ‘No country for old men’ … uuuuuuu

You chose ‘Jonestown’ to do a ‘re-make’ of, which version do you like the best, yours or the original one?
The Original! Im so tired of producing and mixing my version! But if the original had some pedal steel that would be even better… 🙂

And finally, is your favorite color purple?
If you want to know the answer of that you’ll have to ask the clerk in the souvenir shop on USS Midway in San Diego. According to Rafe Dog the entrance fee is only 5 bucks but I would be prepared to pay a liiiiitle bit more. than that …

We’re on the road. Stuck in a too small pick up truck. The only upside is the Jack Daniels for the guys and the scenery for me. Tonight we’re staying at a really lousy motel. Motel 6 would look like the Hilton compared to this ;-). Well at least I have wifi so I can do my blogs, check my emails and all that. We’ve been joking about staying at a motel like the ones in “No country for old men” and now we are. We walked to a Mexican restaurant across the street and while we were in there the guys spotted a man that looked EXACTLY like the guy in “No country for old men”. I tried to take a picture of him with my iPhone, it’s not great but you’ll see.

I’m really looking forward to coming to Austin so we can decide our own pace and our own stuff and have some fun and play some music.

Check out the guy in the back

An here’s some “on the road” pictures

the back seat crew

A giant roadrunner made out of sneakers

I just landed in LA. It’s kind of a bit cooler here than in Texas, I didn’t really count on that but I did bring a sweater so I’ll be fine. I just checked in to the Saharan Motor Hotel, and Warren from Worldsound who is with me reluctantly checked in to the same hotel although he refered to his room as “creepy”. Mine is ok, it’s your average motel room.

Tomorrow I’m meeting with the guys at the Swedish Consulate, and then I’ll be playing at their dinner. I probably won’t have any time to do anything else which is good because then time will fly until I get back to Jonas in Stockholm.

This motel room seems so depressing right now. We had such a good time together here. I tried to spend some time by the pool but it’s really windy today and a lot of clouds. It feels like something has gone horribly wrong, me being here without the guys, like I overslept and missed the plane or something. Fortunately I’ll meet up with Worldsound tonight, and maybe some other friends. Some facebook friends invited me to some bar tonight as well, which is really nice of them, but I dread going back downtown Austin now that the festival is over. It feels like the place is going to be deserted and I want to remember it like it was last night with loads and loads of people on 6th street, bands playing in every bar and an air of opportunies… I’ll probably lurk at the motel and write a song about my self pity…