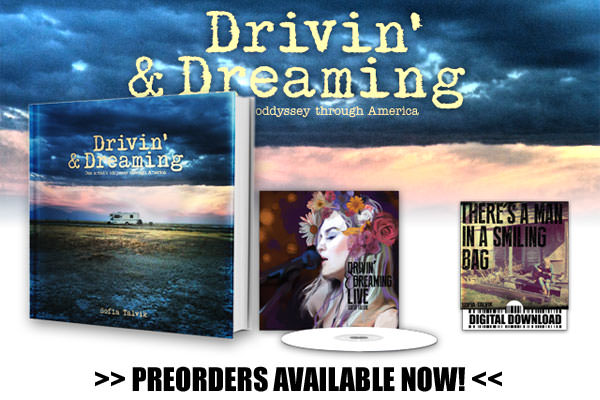 Dear Friends!
I’m nearing the end of my book. In fact, I’ve already written everything that is going to be in there ( … I think … I keep remembering new funny stories all the time). Now I’ll have to do the less fun work of proof reading and editing, but I’m very lucky to have my friend Jenny help me with the proof reading.
I’m also in the process of deciding which songs will be on the live album. It’s going to be amazing. The sound is so great, just like you were there in the room.
Listen to a sample from the live album here:

It’s been quite the learning process to write a book, even though there are many pictures I’m now on page 293. I started out just writing the stories and then it was like I found my voice and I had to go back and rewrite most of the stories in the first part of the book.

Sometimes I’ve been banging my head against the wall, especially when I have a great story and no great picture. In those cases I just decided to let the story speak for itself, even though pictures speak a thousand words. I’m so happy that I will get my printer sent down from Sweden this week so that I can print the pages. I feel like you never see the stuff you did wrong until you see it on a printed page, it’s just so easy to miss stuff on a computer screen.

A huge thank you to all of you that have contributed to this project!

Please spread the word and let your friends know that they can get the acoustic download “There’s A Man In A Smiling Bag” for just $5 up till August 1st. Oh by the way, if any of you missed it, the book is a pre-order only. That means that you won’t be able to buy it after the Kickstarter project closes on August 1st, so if you want a copy you should get it now.

I’ve been performig all the songs from my latest album “The Owls Are Not What They Seem” live from different places in the US during my Drivin’ & Dreaming Tour and published them on YouTube.

This is the twelvth and final track from the album – Nothing Quite So Gentle, performed in the Palm Cemetary in Winter Park, Orlando, Florida. To record a video in a cemetary might seem like a werd idea, but I’ve always loved the eerie look of the spanish moss hanging off the trees and the old tomb stones, and the first line in the song is “If you’re one step from the grave…”.

This is probably the TOANWTS Acoustic video album version that is the most different from the album version since I originally wrote the song on the piano and had to re-interpret it for the guitar. Kinda like a cover of myself. With this song the Acoustic video album is now complete. I’ve recorded the 12 original songs in almost as many states during my 2011-2013 tour and I hope you enjoyed the scenery as well as the acoustic versions.

Check out the all 12 songs recorded here:
http://www.youtube.com/playlist?list=PL291E31BFD5CB9723 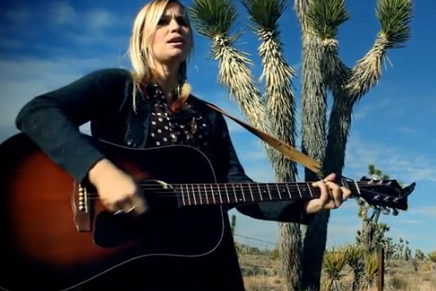 I’m performig all the songs from my new album “The Owls Are Not What They Seem” live from different places in the US during my tour and put them up on YouTube.

This is the eleventh track from the new album – Awfully Aware, performed in the Mojave Preserve in California.

Check out the all eleven songs recorded here:
http://www.youtube.com/playlist?list=PL291E31BFD5CB9723 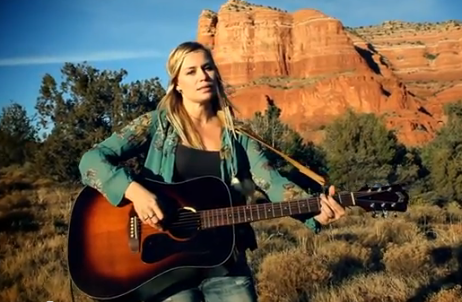 I’m going to perform all the songs from my new album “The Owls Are Not What They Seem” live from different places in the US during my tour and put them up on YouTube.

This is the tenth track from the new album – Bitter Sweet Bliss, performed in Oak Creek, Arizona in front of the beautiful mountains.

Check out the all ten songs recorded here:
http://www.youtube.com/playlist?list=PL291E31BFD5CB9723 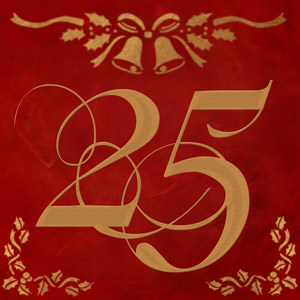 Thank you all so much for following my Christmas Calendar of 2012. I hope you have found it fun and inspiring and that you’ve tried Glögg, Swedish Meatballs and played a lot of great Christmas music all through December. So this is the last window and Christmas day, so it’s time for one last gift from me to you. Today, only, you can download my new album The Owls Are Not What They Seem for free, nada, ziltch. I hope it will spin well into 2013! Merry Christmas and a Happy New Year!

Go here to get your free copy of The Owls Are Not What They Seem!

Link to my Christmas greeting!