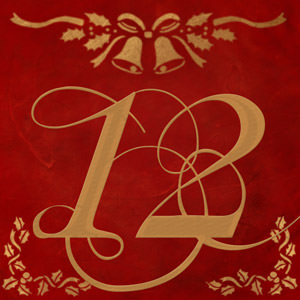 “The album will be designed as a Christmas present from Cocoheart to Japanese music lovers. The best gift, isn’t it!” says Coco Hearts.

The album will be released as a special Japan release with additional bonus tracks. I’m really looking forward to our new collaboration. I want to celebrate this especially by reminding all of you to download my free remix album “Street of Dreamix” where Japanese artists Himawarii contributed with a remix. Download it here! 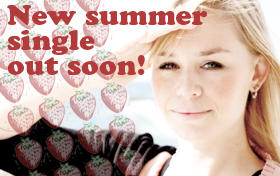 In May I’m releasing the new summer single. The song is called “Strawberries on my tongue” and captures the essence of Swedish summer, with rainy days and sweet strawberries. I’m missing out on Swedish summer this year as I’m going to Florida to play at Florida Music Festival and start the recordings on my new album, but this song will remind me even though I’m on the other side of the Atlantic.

As you can see on the front page twitterers can download the remix album “Street of Dreamix” with just one tweet and the summer single will also be released exclusively to all of you who follow me on twitter first. So if you’d like to get your copy of “Strawberries on my tongue” before everyone else, sign up on Twitter.com and follow my flow for more updates!

Check out my download page here.
I’ve added an easy way to download my FREE remix album “Street of Dreamix” and at the same time tell your friends about it. 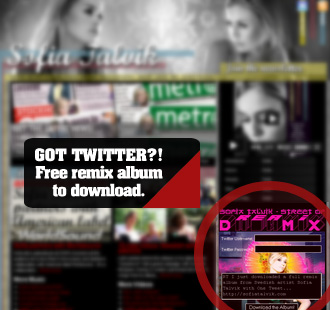 All you have to do is to fill in your Twitter details and hit “Download the Album!”
(note that none of your personal details gets stored, they are all sent to Twitter that will verify your download)

You will be served with a direct download link to the album. Save it to you computer and enjoy the full remix album.

Also feel free to add me on Twitter here.

If you already have the album please use the “Tweet this” link at the end of the post to tell all your friends about it.