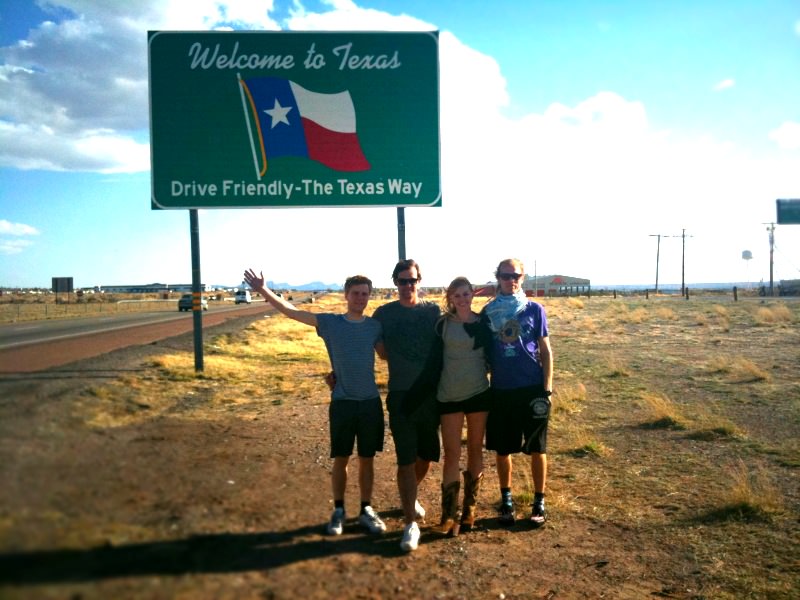 We had a great time in Texas and played 6 gigs at SXSW this year. I just want to say thanks to all of you who showed up and supported me. I hope to be able to come back and play in Austin again sometime.
Here’s a couple of shout-outs we got after our SXSW performances:

“her poignant songs had the audience enraptured”
aurgasmsxsw.us

“After listening to a few of her silky smooth tunes I was hooked.”
San Diego: dialed in

“Crafting delicate moments of peace on her acoustic guitar Sofia is independent in every sense of the word”
spinner.com

“this Swedish singer/songwriter packs enough serious doses of emotion and catchy melodies to make put her on the industry buzz list in a big way and make her a trailblazer.”
lp33.tv

It’s the last day of our tour. To be honest it was probably the last day Saturday as we did our last gig then. We had a great time playing for a wonderful crowd at the Wyndham Hotel. It feels a little sad to go home, but I’m also longing so much for my husband that I can’t wait to get on the plane.

My favorite gigs have been The Mint, The Swedish Showcase and probably our last gig at the Wyndham. But few memories from this tour will be stronger than meeting Suzanne Vega in person. That was way cool!

Here’s som final pics from the tour. Enjoy and I’ll see you next time! 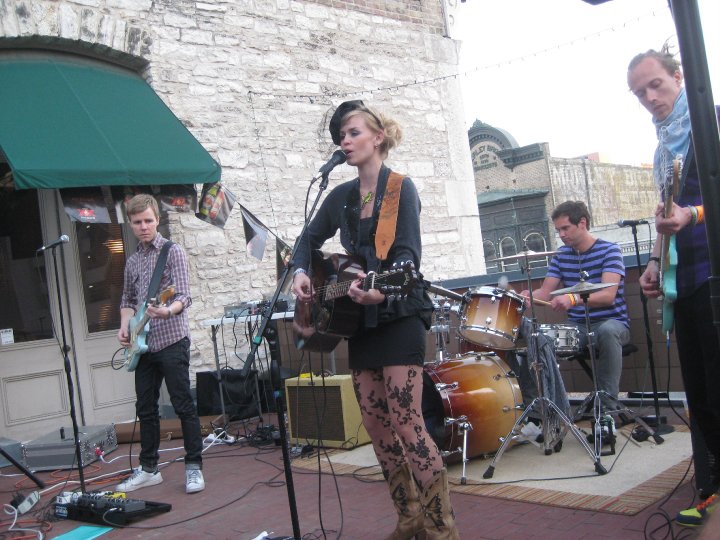 The boys in Austin

We’re having an awesome time at SXSW. The sun is shining and we’re dead tired from playing, partying and sleeping to little.

Last night we did our first official showcase at St Davids Hustoric Sanctuary, right before Suzanne Vega. It was a really cool venue but what’s up with all the church gigs on this tour? Is someone trying to tell me I should start playing Christian music? 😉

I actually got to hang out a little with Suzanne Vega and her band after her great gig, and managed to get a pic too.

Joakim did his yearly SXSW dance at the artist lounge after dark and everyone was happy. (video)

Today we’re really tired after getting up early to do a showcase at noon. It might not sound early but with the traffic which is just crazy we had to get going at 9 from the hotel this morning. The gig was great though. It was hosted by Mike Galaxy at Guero’s Taco Bar, outside in the sun. Next to the venue there was a really cool store with cowboy boots. I especially loved the “Gringo” ones but I’m a poor musician and can’t afford $500 boots:-(

Right now we’re curled up in the artist lounge at ACC waiting for our next gig on Little fields roof top at 6th and Brazos where we’re playing at 7.30.

Don’t forget to check my gig schedule here if you want to catch some more of my showcases here at SXSW. 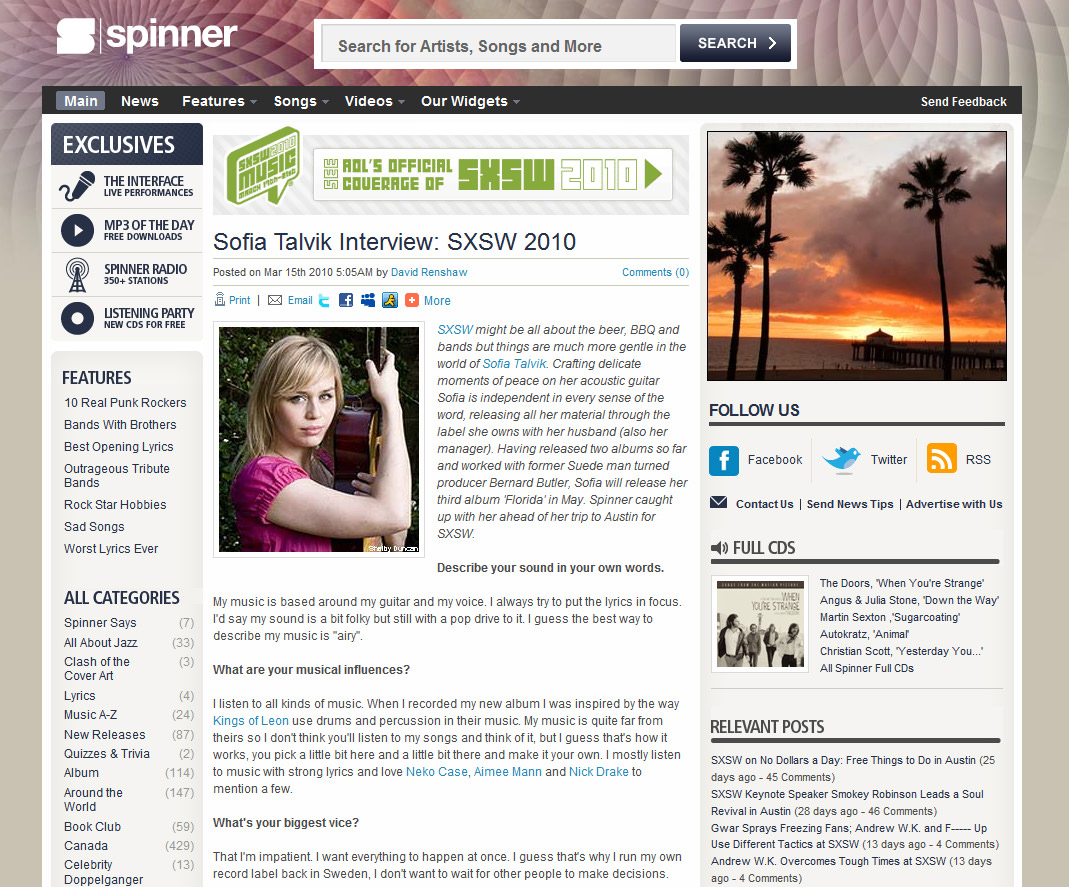 We’ve been stuck in San Diego for a few days. Not that I’m complaining, we’ve been mostly sitting in the hot tub with a beer, but we’re all longing to do more concerts. We played at Acoustic Music San Diego which kind of left us with mixed feelings as the greeting from the manager there was less than pleasant. But we’re all looking forward to our gigs in Austin. As we’re actually staying for 2 extra days after SXSW is over we were talking about maybe getting us another gig, like a SXSW after party kind of thing. That would be fun!

Tomorrow we’re hitting the road again and to make the days pass and spend less time in the car we’re cutting the trip into a 3 days drive instead of 2 days of loooong hours in the car. We’ve mapped our route on roadsideamerica.com and have a few funny things to see on the way to Austin. I’m looking forward to Shakespear’s Ghost Town, and the guys want to see the Bush Gallery of the Pacific War.

I’m not in Texas yet but I did manage to buy myself a pair of seriously cool cowboy boots today! They’re blue so I’m feeling like sining “blue suede shoes” only I have to change it to “blue suede boots” haha.

See you at SXSW!