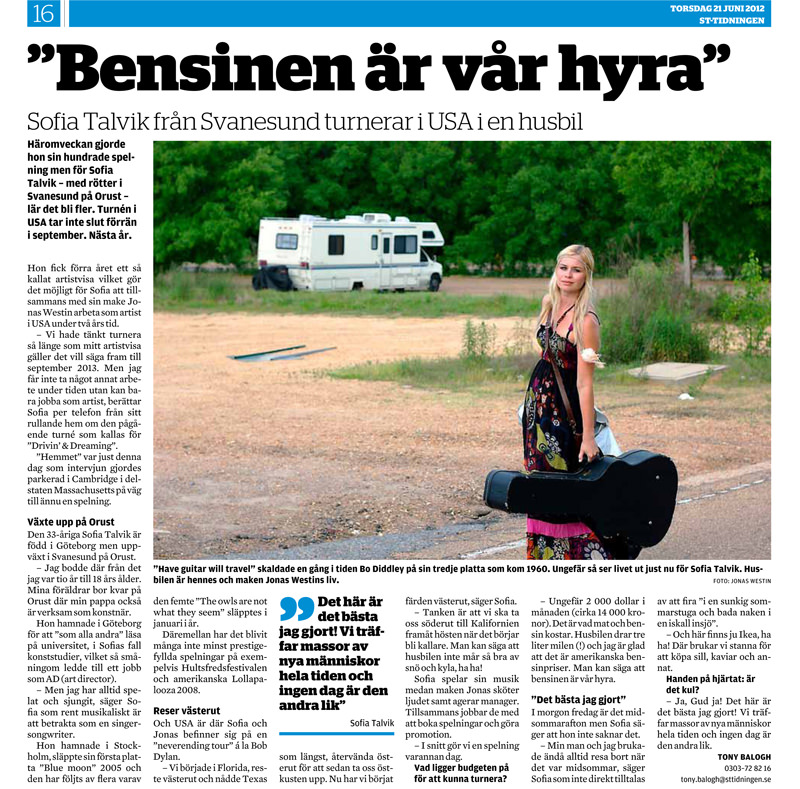 Swedish newspaper ST-tidningen just published a big interview with me about my tour (and put me on the cover too)! It’s in Swedish of course, but if you’re curious about reading some more about the tour and a lot of other stuff, like alligators, Florida and socialism the Boston music blog Allston Pudding just published a looooong interview with me (good thing you don’t really have the same restriction with space on the internet as you do in a paper). Read the Allston Pudding Interview here! 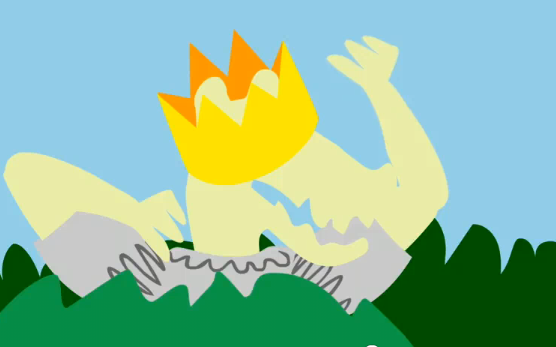 I have a lovely new official video for my song ‘King of the Willow Tree’ from my new album ‘Florida’. The video is a beautiful tale of two alligators’ love life (maybe one of them is the albino one on my album cover!?).

It’s made by Dan Turesson. Check out Dan’s youtube profile here to see more of his work, he makes a lot of animated videos and this video he made for me is really soooo lovely!

Thank you so much Dan! 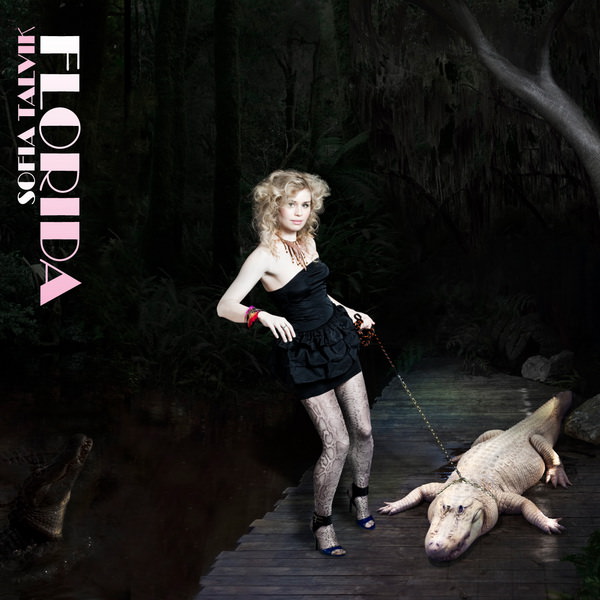 So I guess it’s no secret and you probably already know all about it, but my new album is coming out in May. May 12th to be precise. I was living in Florida for a few months last year and wrote a bunch of songs and started recording them in my walk in closet that I had turned into a small recording studio. One of the very first weeks of my stay it rained non stop for a whole week. I was trapped inside with a monsoon outside and had nothing better to do than to play the guitar. So I wrote what later became the title track of the new album “Florida”.

The cover art is inspired by the eerieness of the Florida swamps with its lurking alligators. I especially loved the Spanish moss that grew on the trees everywhere, it made me think of scary movies, voodoo and black magic. I was also fascinated by the alligators and took a trip to Gator Land, where I took the picture of the albino alligator. Talented photographer Camilla Svensk later took the pic of me in her studio and I merged them together. I’m sorry to say I’m not cool enough to hold a real alligator in a leash like that.

You will soon be able to pre-order the album and there will also be a special edition box for those of you who want that little extra.

We are currently redesigning the website to fit the new “Florida”-theme so please don’t be annoyed if it’s a little bit messy for a while.